We ask the same thing! We keep lining up vendors, decor, equipment, starting some interviews for employees, fill out forms (and fill out forms…..and fill out forms…), deal with the banks, create the website, confer with the guy making our signs for the outside of the building, what kind of tiles…it’s all this stuff you might not thing about. A franchise has a home base company that does all of that for them…but not so here – which is, yes, part of what we signed up for to be independent. But yayza, it’s a LOT of stuff to juggle. As we repeatedly hear and say “if it was so easy, everybody would be doing it”.

Now let’s bring the county in to the party. They have their regulations that need to be followed – all established for good reason. We have a stack of design plans and information that now total 37 pages of supersized paper. Everyone requires TWO SETS (???) of these…then they need to digest, consider and recommend.

But THEN…we get a love note from one area saying “You Have to have this piece of equipment!”. Lola say “But we’re just making sandwiches and stuff like that….” They reply “yeah, but you COULD make all of this other crazy stuff so you HAVE to HAVE this other piece of equipment”. Lola scratches head: “But we didn’t plan on that AT ALL.” And so it goes…

Without going into details, we’ve adjusted, re-tooled, re-drawn, watched rent go out the door(yes, we ARE currently paying rent), and then get a pretty tasty monkey wrench added to the equation that we didn’t anticipate.

So in the proverbial nutshell, that’s what is taking so long. We keep geeting other things done while all of this goes on, but we can say with zero doubt… “It ain’t easy”. Happily, we keep slogging closer…inch by inch. We can’t wait to get things building and open the doors. 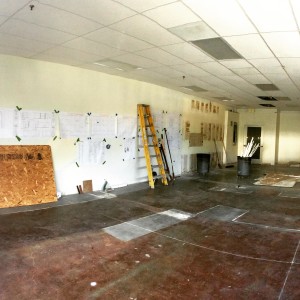 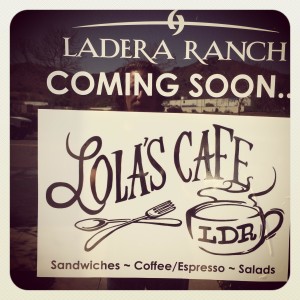